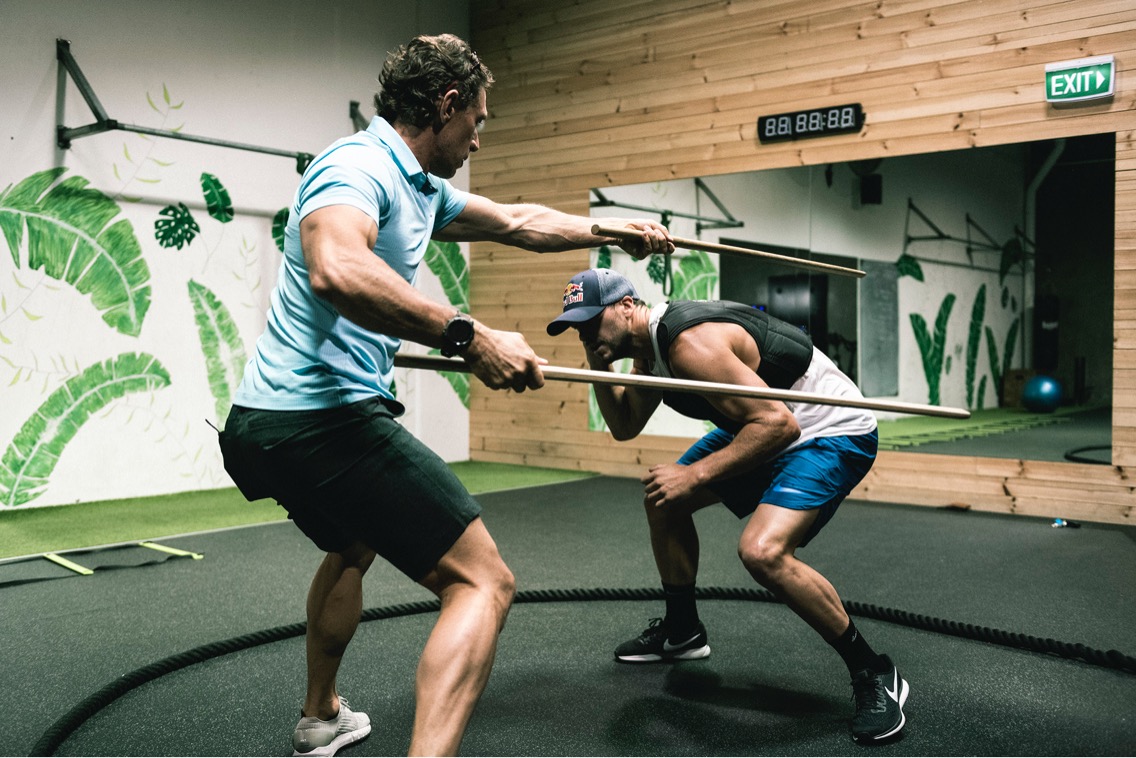 ATTENDING a Red Bull training camp with some of Australia’s best athletes five years ago, Travis Boak loved the methods so much he employed the man running the program himself.

Based on the Gold Coast, Nam Baldwin has since become Boak’s go-to for training in the off-season and a mentor during it and forms part of the team that has helped drive the Port Adelaide star who will crash through the 300-game barrier on Friday night with no end in sight.

Combined with yearly training camps in the USA, a home-installed gym and sauna, nightly pool sessions, journal writing and mindfulness sessions, Boak could well be the AFL’s most dedicated athlete.

And to those who know the 32-year-old, it’s only strengthened as he refuses to put a limit on his capabilities in the latter stages of his career.

“I remember just how professional he was with his diet and then gradually over the years he’s taken it further and further. He’d go for the same pasta dish (lasagne with rice) the night before every game.

“You’ve probably seen with his body as well, he’s moving better than he probably was early days in his career and it’s the result of investing time back into himself.”

That investment hasn’t come by chance. Already Port Adelaide’s benchmark for preparation, Boak acknowledged he needed to ramp things up on the other side of 30.

“In the AFL they say as soon as you hit 30, you start to go downhill,” he told the Red Bull website this week.

“Well… why? That inspired me to want to be better once I got to 30. Age doesn’t matter – what matters is what you want, and what you can do, and putting in the work.”

Relinquishing the captaincy after six seasons at the end of a frustrating 2018 campaign (one where he turned 30 and played mostly as a half-forward), Boak exploded in 2019.

Back into the midfield to start the season with newly instated co-captain Ollie Wines missing the opening two rounds through injury, he collected 34 and 33 disposals over the first two weeks and hasn’t looked back. Boak won the club’s best and fairest in 2019 and in 2020 took it to new heights by claiming his third Therabody AFL All-Australian blazer (and first since 2014) before finishing runner-up in the Brownlow Medal.

He joked this week coach Ken Hinkley takes credit for his career resurgence and for getting him to 300 games after the decision to play him as a forward through 2017 and 2018.

But as Baldwin explains, it’s come as a result of Boak’s shift in mindset.

“He really started to understand himself better and therefore probably his biggest critic, himself, backed off,” he told AFL.com.au.

“It allowed him to come out in games with more freedom of how he thought and therefore how he moved was a by-product of that.

“For him it’s just being open to the point where he’s allowed himself to be very vulnerable. Time and time and again, how he’s feeling and being able to express that and getting to the truth and not putting up shop fronts.

“The more open he is and the more that we talk, it liberates and allows him to be to be supported. And it stops him from tensing and being overly anxious and so on so and prevents all the things that can happen from that which can bring on injuries and self-doubt.”

Around trips to high performance facilities in the USA, Boak books in for several-day stints with Baldwin on the Gold Coast which often includes training alongside Australian surfing great Mick Fanning.

“We’ve worked one-on-one in the off-season ever since (we met) where I get him (Boak) for three or four days at a time and go through more around character, mindset and breath work,” Baldwin said.

“That might be some brain-training devices that’s also engaging them physically so there’s movement patterns while they’re trying to figure something out mentally at the same time.

“So, when they go back into their normal environment, they’ll perform to that level of training that we did and therefore other areas of their performance increase.”

Boak has taken up journal writing in recent years with two separate ‘life’ and ‘footy’ books to help differentiate between himself as the person and himself as the athlete.

As well as Baldwin and Port Adelaide mindset coach David Steventon, he has also engaged leadership mentor Ben Crowe (who also works closely with Wimbledon champion Ash Barty) over his career to enhance his learnings.

In AFL circles, Boak is only a phone call away for rival players around the competition for extra advice on off-season training and is lauded for how giving he is of his time.

Even without the title as captain at Alberton he remains a mentor for young players and has opened the doors to Power youngster Sam Powell-Pepper to live with him in recent years.

“He’s added in a lot of mindfulness and a lot of mentoring himself to younger players and then he’s also enjoying himself outside of the sport,” Baldwin said.

“He’s always challenging himself to grow in other areas, he’s always looking for little one percenters that can improve how he operates in footy.”

He remains incredibly close with his two sisters and mum Chicki who he credits as his No.1 supporter. Boak calls her before every game and this week shared a story where she tore the medial ligament in her knee while kicking the footy with Boak on their local Spring Creek Reserve in Torquay many years ago.

He is a part-owner of the Moseley Hotel in Adelaide and has opened an underwear label – Rogers – named after his late father who taught him everything about the game before he lost his battle with cancer when Travis was 16.

Boak is also an ambassador for the Childhood Cancer Association and the Roger Rasheed Sports Foundation.

Asked the inevitable question this week as to whether he’d be fulfilled without a premiership (he made a Grand Final in his debut year in 2007), Boak said he defined success in other areas.

“Success for me is about becoming the best athlete and person I can. Whatever that may be, whether that’s with a premiership, without a premiership, I can leave the game knowing I gave everything I could and helping others long the way.”

When that will be is anyone’s guess. On Friday night he will equal Kane Cornes’ AFL club games record and holds a contract next year while remaining one of the Power’s most important midfielders.

“I’m pretty sure he sees himself playing on for a few more years and all things going well I can’t see why he wouldn’t,” Power midfield coach Jarrad Schofield told AFL.com.au this week.

“The way he prepares, the off-field, and the way he trains, he doesn’t miss a beat. I can’t see why he couldn’t play on for a few more years and hopefully celebrate 350.”

BET training is something that I believe any person should take part in. As a teacher Being exposed to various stress management strategies is crucial, particularly as our lives and the world becomes more complicated. If young people have these …

I first met Nam when participating in a group BET session, run for my YPO group in Byron Bay around 2013.   I was instantly impressed with his passion and enthusiasm for bringing the best out of people and businesses without … 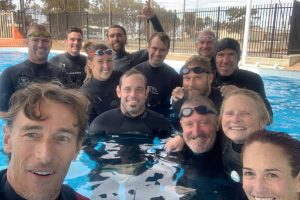